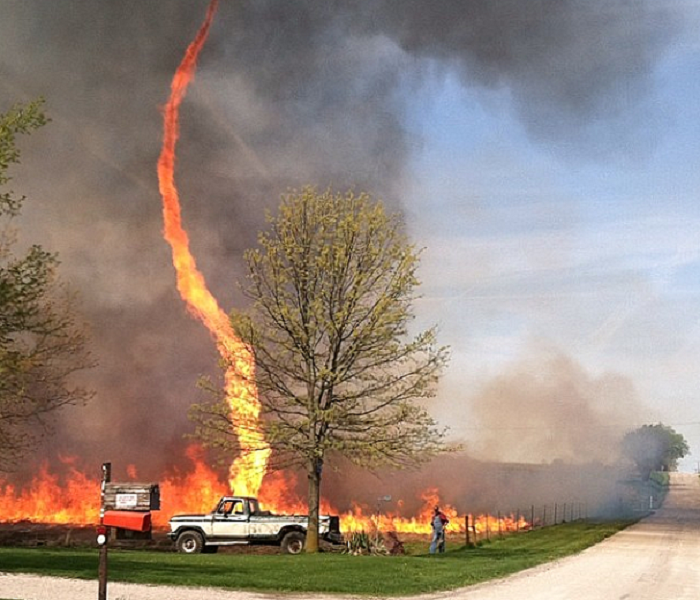 A firenado is spawned on a field in Chillicothe, Mo., the week of April 7, 2014. (Photo/Janae Copelin)

Stunned by the "coolest, scariest thing" she had ever seen, Photographer Janae Copelin caught a snapshot early this week of a rare weather marvel known as a firenado.The whirling "fire-devil" was spawned as a farmer burned off his field in Chillicothe, Missouri.

A swirling rotation of smoke, gas and debris, a firenado is generated when an active fire is swept upwards by strong winds, creating a vortex.

"The heat of the fire rising through the air allows the vortex to strengthen and create the firenado," AccuWeather Meteorologist Eric Leister said. "The firenado can then suck more brush and debris into itself and fuel the fire further."

Firenadoes can be extremely dangerous, as they have the ability to throw burning embers miles away. They are usually between five and 10 stories high and can measure up to 10 feet wide.

While this rarity lasts usually only minutes, the largest firenadoes have been known to create winds topping 100 mph.